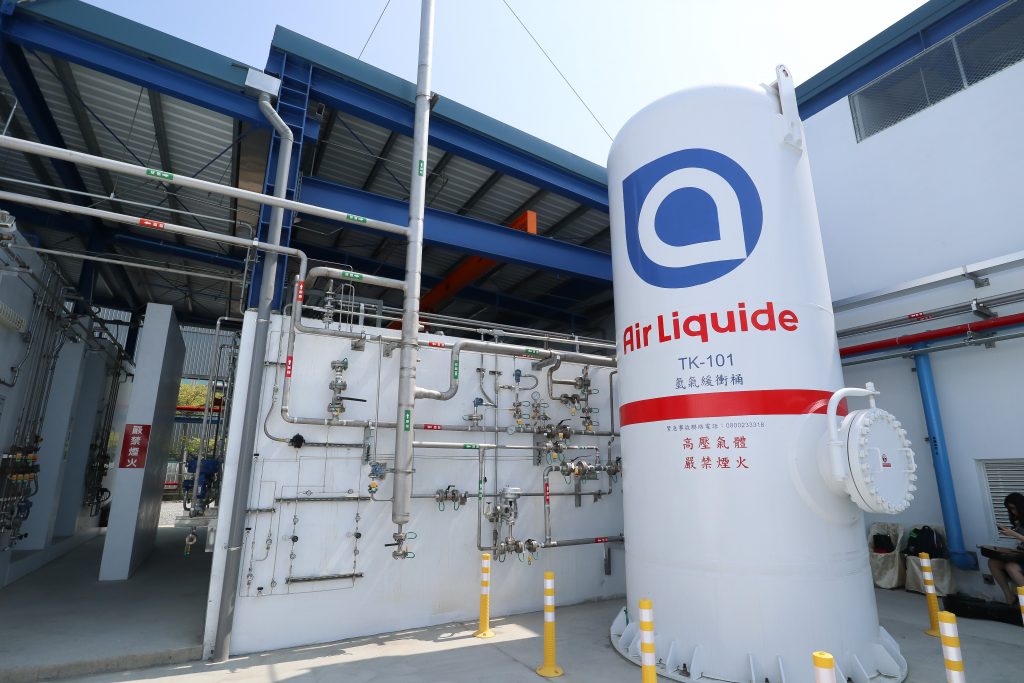 The company will continue construction on the remaining five hydrogen facilities it has planned in Tainan and Hsinchu over the next two years. Once completed, the plants will be able to produce a combined 5,000 cubic nanometers of ultra-pure hydrogen gas.