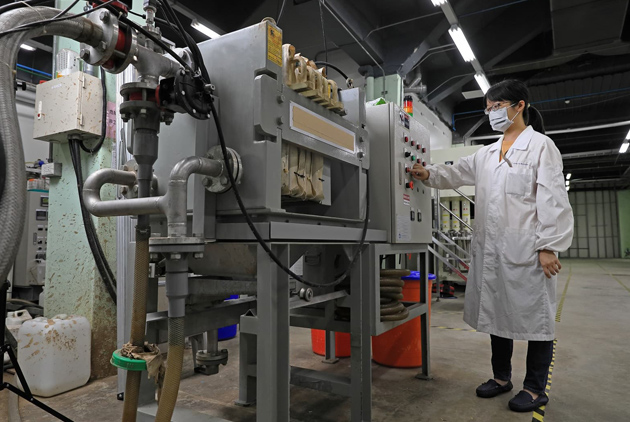 Inside Far Eastern New Century’s lab in Taoyuan, Senior Vice President Ken Chang (張根源) pulls out a can of black fluid. “This was made from used clothing,” he says. Once the color is removed and the liquid crystalized, it will be ready to be remade into new garments. Photo Source：Chien-Tong Wang

It is a great deal of hard work condensed into a hundred milliliters. But Far Eastern New Century, a Taiwanese synthetic fiber company, has been in the game for more than seventy years. This is the apex of their ambitions: to turn old rags into new threads.

Far Eastern New Century extracts polyester from discarded fabrics. The old clothes are first shredded, then dissolved with chemical solutions until they are reduced to elementary particles. The soup is then purified so it may be spun into new clothes.

Beginning this year, Far Eastern New Century has started experimenting with small-scale mass production. They are also looking for a place to set up a plant. The plan is to begin full-scale mass production in 2023. Clothing brands are already lining up to send their unsold inventory to be transformed into new material.

How much of a problem are used clothes? In 2015, more than 100 billion pieces of clothing were sold around the world, double that in 2000. However, the average number of times a garment is worn before it is discarded decreased by 36% overall.

Eighty percent of discarded garments end up becoming trash. Of all the world’s textiles, 57% are dumped into landfills and 25% are incinerated. Just 8% make it to the secondhand clothing market; out of this number, 10% are pulverized and recycled. 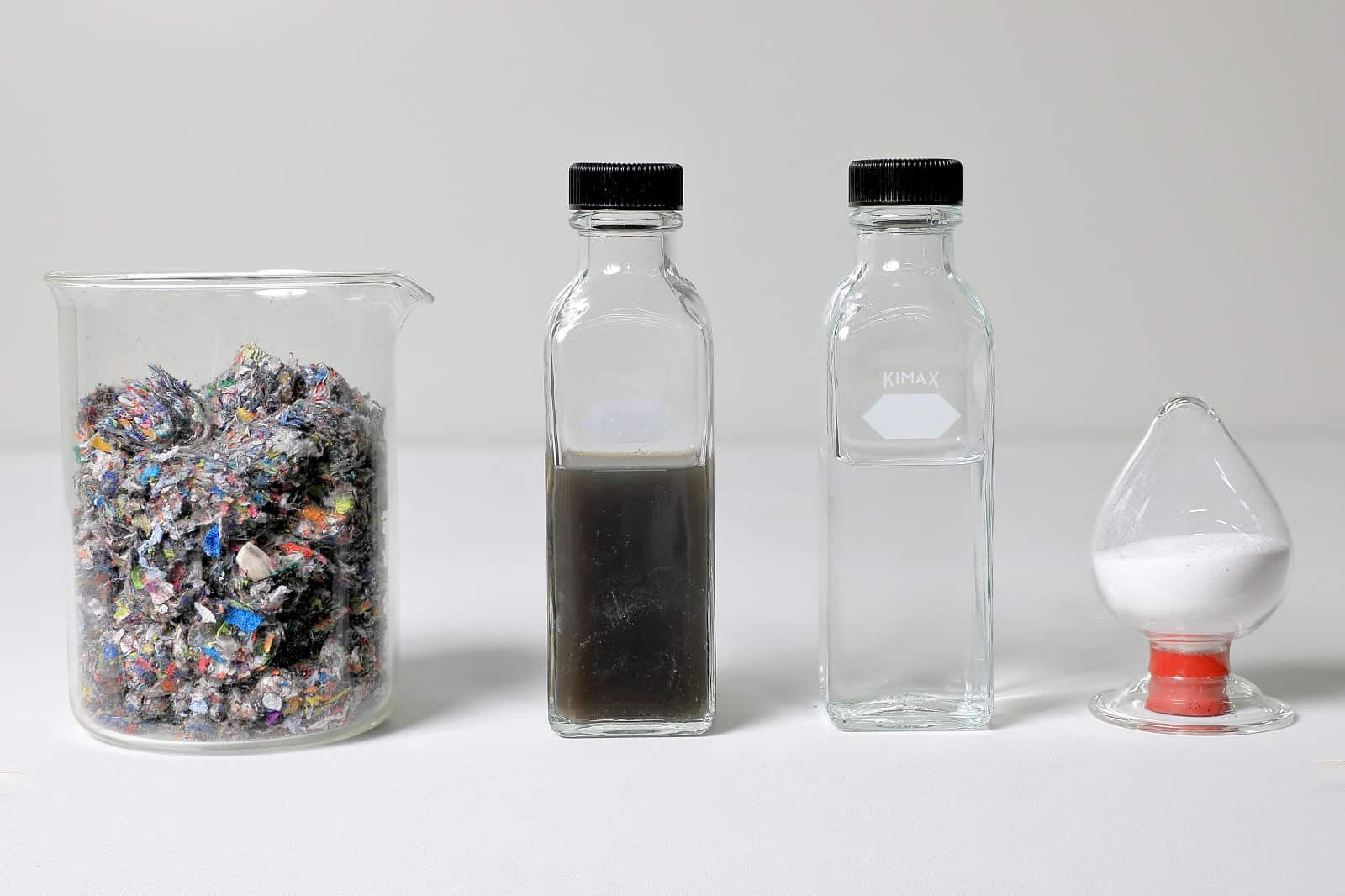 Nike Already Uses Recycled Plastic Bottles; Why Spend a Decade Reinventing the Wheel?
In truth, Far Eastern New Century is already the world’s second-largest producer of rPET, a recycled material often used by the international textile industry. Far Eastern New Century takes discarded plastic bottles and turns them into bottles or fibers. They have already worked out long-term deals with big brands such as Coca-Cola, Nike, and Adidas.

Their market position is secure. Why then is Far Eastern New Century challenging itself to recycle old clothes through a new chemical process?

In recent years, big global brands have either moved away from synthetic fibers made from petrochemicals, or they have wholly embraced recycled materials, all in the name of protecting the environment. For instance, Adidas has declared that all its polyesters will come from recycled materials by 2024. Fashion juggernaut H&M vows that it will convert to only using eco-friendly sustainable materials by 2030. This is both an opportunity and a threat for Taiwan’s polyester industry.

Taiwan is no stranger to eco-friendly fibers. But relying solely on recycled plastic bottles will eventually paint Taiwan into a corner, because it is an open secret that the bottles and clothes industries are fighting over recycled bottles. 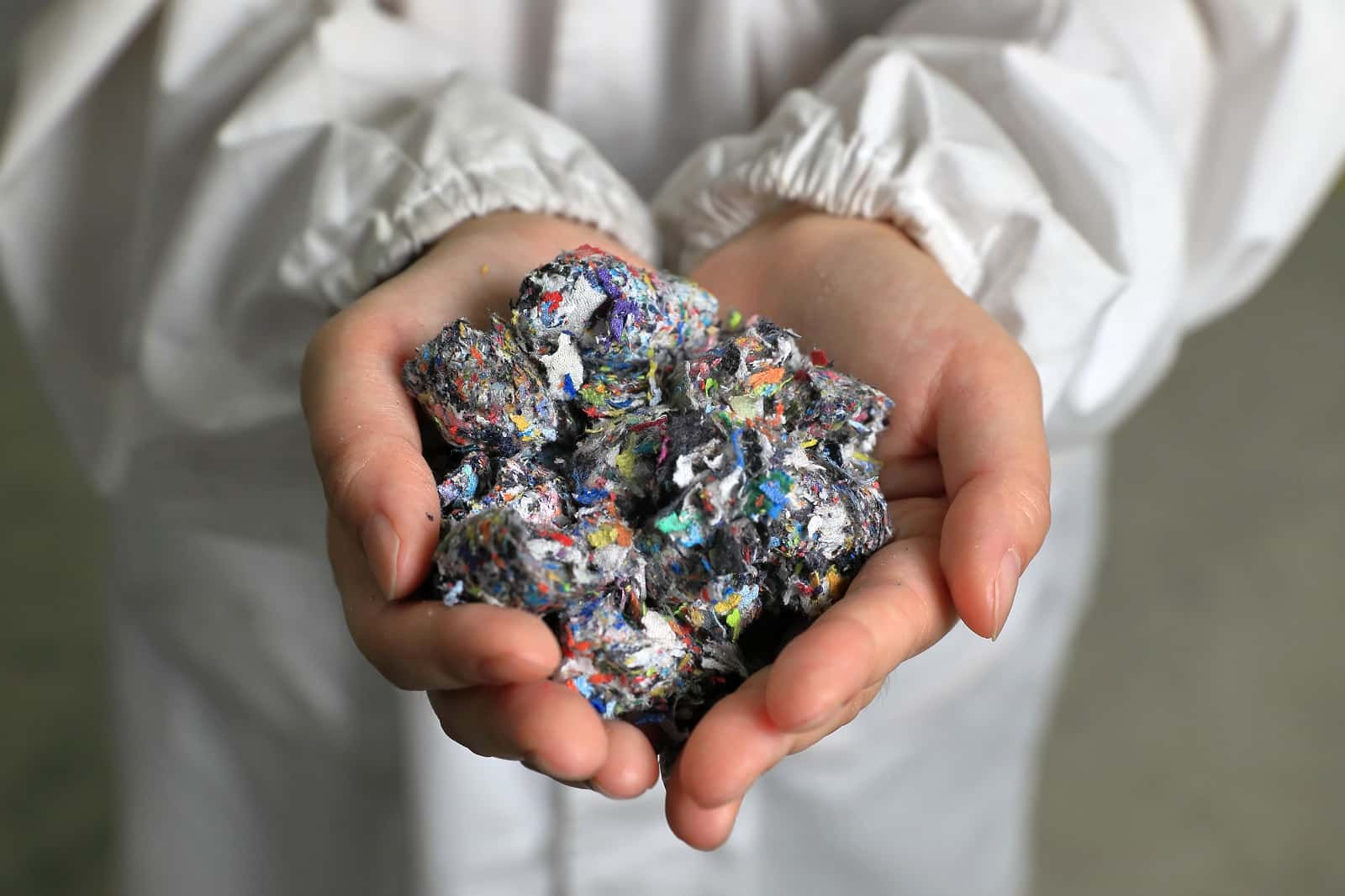 The cleanest recycled bottles come from Japan, and they are all sold out. In recent years, Taiwan’s synthetic fiber companies have been investing in Southeast Asia and setting up recycling plants precisely because they need more sources of used bottles.

What’s more, the reclamation of rPET is mainly a material recovery process; it can only turn bottles into clothes. The process is by no means perfect; a portion of the material is lost every time. A plastic bottle can only be recycled up to six or seven times. During the chemical process, nothing is lost; the material can be remade infinitely. The only catch is the higher initial investment.

Far Eastern New Century’s client, Coca-Cola, has already stated that it wants its plastic bottles to be remade into new raw materials through the chemical process.

This helped Far Eastern New Century make up its mind. They are going to up the ante and attempt the difficult technology that “turns recycled clothes into new clothes”. In the future, Far Eastern New Century will have two assembly lines that use the chemical process. One turns discarded textiles into raw materials for fiber, and the other turns plastic bottles into raw materials for plastic bottles.

“Taiwan has a complete polyester supply chain, and it can help create the entire circular system,” says Shadow Chen (陳惠琳), CEO of the Circular Taiwan Network. She points out that more than 30 companies around the world are researching the chemical recycling process. If Taiwan can be the first to produce recycled materials in a commercially viable way, the Taiwanese textile industry can market to big clothing brands, and help them fulfill their producers’ responsibility: recycle their own clothes, build up the circular economy and export the practice to other markets.

Far Eastern New Century was determined to invest in research and development. What they did not expect was that just developing the technology would take a decade.

“To be honest, any chemistry major could tell you how polyesters can be split into particles; it is not a new concept,” says Fanny Liao (廖瑞芬). 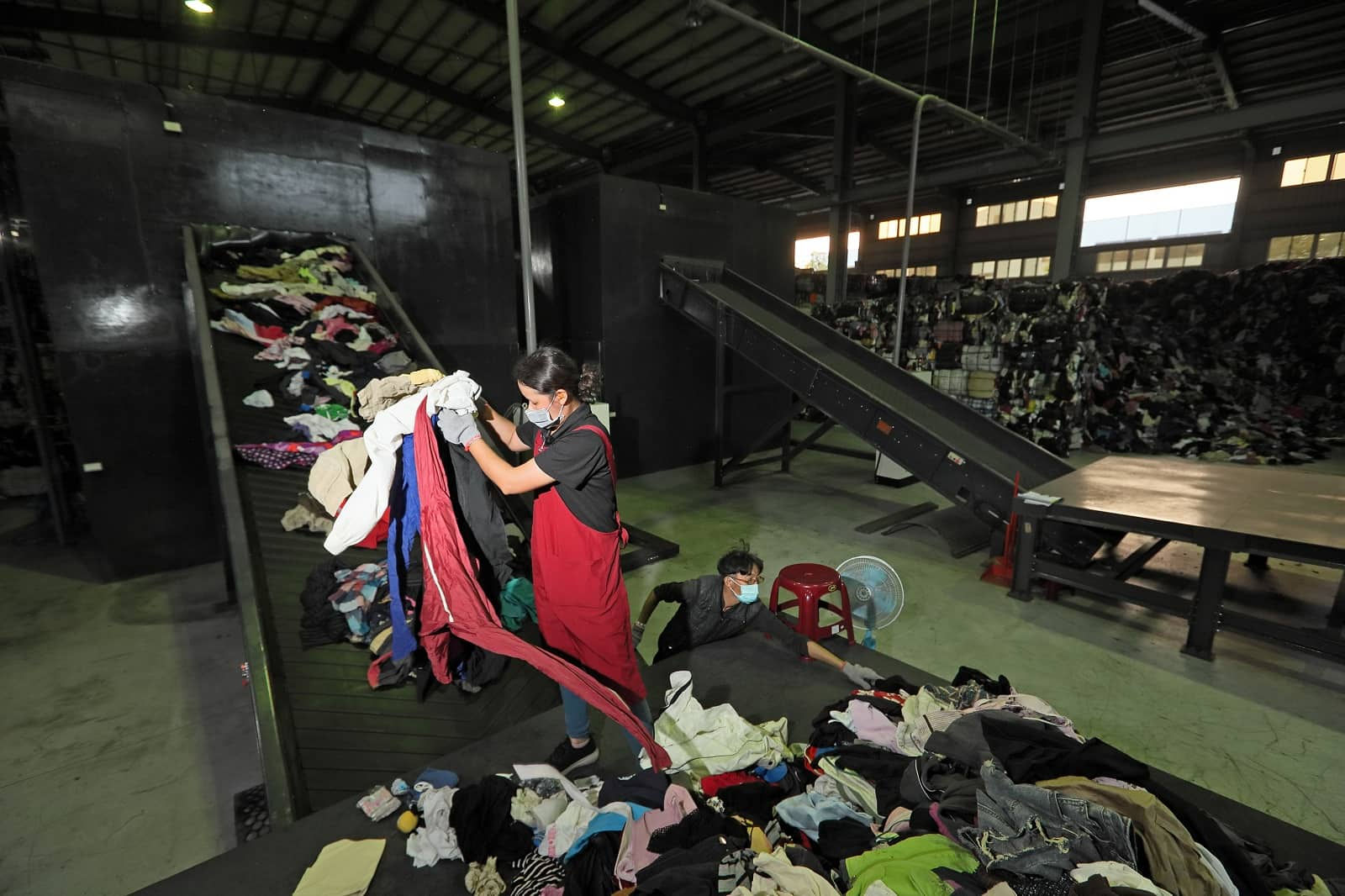 Executive Vice President at Far Eastern New Century. But theory is one thing; putting it into practice is another. Discarded garments are made from all types of fabrics, and dyed with all kinds of colors. All these factors affect the recycling process.

Most clothes are made from more than two different types of fibers. There are natural fibers like cotton, wool, and silk; there are also artificial fibers like nylon, lycra, and rayon. The combinations differ depending on its need and design.

If all the garments were 100% polyester, it would have been much easier to handle. But Far Eastern New Century is looking to reclaim old clothes, which are usually made from mixed materials.

They designated the requirements and targeted old clothes that are 70% polyester and 30% cotton. Once they’ve purified the raw polyester material, the recycled cotton can be turned into cellulosic ethanol, which can be used to make artificial fiber.

The other hurdle is the dyes. The colors are so deeply stained into the fabrics that it took Far Eastern New Century four years to figure out how to get rid of them.

Ideally, if the garments could be categorized by color, the problem might be solved. But in reality, most clothes are of many colors. The best they could do was remove as much color as possible from all kinds of textiles and return them to raw materials.

Even the Unreclaimable can Generate Power
Because the current technology can only treat discarded garments that are at least 70% polyester, there will be unfit and unreclaimable pieces in every batch. But Far Eastern New Century still sees them as valuable resources.

Far Eastern New Century works with LongShun Energy Technology, a green energy company in Liouying District of Tainan. This is a start-up that was just established last year. Its speciality is compressing and pulverizing textiles to turn them into fuel rods for boilers, replacing coal.

“Therefore, we waste almost nothing of what we reclaim,” says Chang. He explains that once the scale of production is expanded, Far Eastern New Century will not need to dump or incinerate any old clothes they recycle. “That which can be converted into PET will be reused; the rest will be provided for LongShun to make refuse-derived fuel.”

This new sorting system will be unique in the world. It took Taiwan’s textile industry 30 years to change plastic bottles into one of the main raw materials for making clothes. This time, old clothes will be remade into new clothes, and Taiwan is once again helping the world reach new, eco-friendly heights.