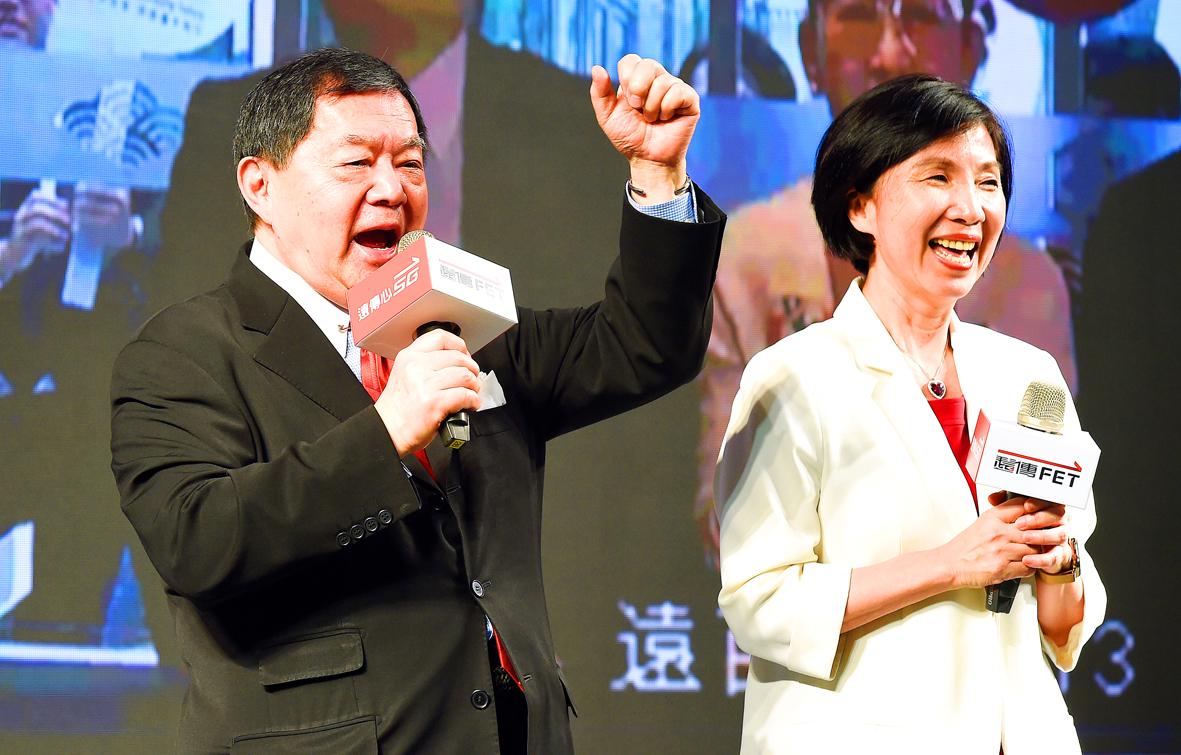 Far EasTone Telecommunications Co (遠傳電信) yesterday said it plans to spend up to NT$30 billion (US$1.01 billion) on 5G network deployment over the next three years as it expects half of its mobile subscribers to migrate to 5G services by 2023.

To meet its goal of achieving a 50 percent penetration rate for 5G, “an investment of NT$20 billion to NT$30 billion is inevitable in the first three years,” Far EasTone president Chee Ching (井琪) told a media briefing in Taipei, as the company formally started its 5G services yesterday.

The investment does not include those allocated for private network deployment for enterprise clients, Ching said.

Far EasTone has signed an agreement to build a private network for chip designer MediaTek Inc (聯發科), with more than 40 potential enterprise clients in the pipeline, she said.

The company expects enterprise clients, which currently account for 20 percent of revenue, to gradually expand their contribution, she said.

“Enterprise business is a growth engine for the company as a saturated consumer market is constantly driving prices lower,” Ching said.

Far EasTone said it aims to make NT$13 billion in revenue from non-telecom services this year.

It has budgeted NT$10.2 billion for capital expenditure this year, mainly for 5G network buildout.

Its target is to have more than 4,000 5G base stations installed by the end of the year, mainly in urban areas with a higher population density.

Having 1 million of its subscribers upgrade to 5G in the next 12 months is a “very achievable” goal, Ching said, adding that it would have been even easier to attain without the COVID-19 pandemic.

5G uptake might be a bit slow due to a limited selection of 5G smartphones, as fewer consumers can afford them, Ching said.

The company expects Apple Inc’s new phone and mid-range models by other brands to be launched either later this month or next month, which would help accelerate 5G subscriptions, she said.

Far EasTone currently offers three models — from Samsung Electronics Co, Sharp Corp and Sony Corp — which are bundled with its 5G rate plans starting from NT$599 to NT$2,699 a month, depending on data transmission speed and volume.

Consumers can get unlimited data by paying NT$1,399 a month, on par with prices offered by rivals Chunghwa Telecom Co (中華電信) and Taiwan Mobile Co (台灣大哥大).